Andrea Trimarchi and Simone Farresin are the two creative minds behind Formafantasma. Their interest in product design was developed during their time at Eindhoven Design Academy and has then soared after their graduation in 2009. While they are now working on an impressive range of projects with prestigious collaborators such as Fendi, Max Mara or the Droog Hotel in Amsterdam (where they are currently based), they have spent years perfecting their practice and their craft techniques.

For the 2016 Art Basel Fair, the Amsterdam-based pair worked on a series of objects referencing Rome’s ancient architecture.

Their consistent body of work has been presented at the MoMA, the Chicago Art Institute and the Stedelijk. In Amsterdam and internationally, their organic and often collaborative approach to design has been making waves in the product design industry. Andrea and Simone’s designs can instantly be told apart from the masses thanks to their experimental qualities – playing with materials, questioning the relation tying together traditions and local culture and, or objects and consumers are at the heart of Formafanstma’s work motives.

And the study goes further – building bridges between past and present; studying how objects can channel cultural energy and breathing new life into forgotten artefacts contributed to the dynamic that inspired their stunning Delta collection. For the 2016 Art Basel Fair, the Amsterdam-based pair worked on a series of objects referencing Rome’s ancient architecture. Among these reimagined artefacts, seven lighting pieces instantly stood out with their pure and abstract shapes – meet the Helmet table lamp, the Eclipse ceiling lamp, the Regula wall lamp, the Magnifier ceiling and floor lamps, the Reflector table lamp and the Aurea oil table lamp. For this high-reaching project, the duo had returned to their native Italy, thusly creating the whole collection in a close dialogue with Giustini/Stagetti Galleria O Roma. 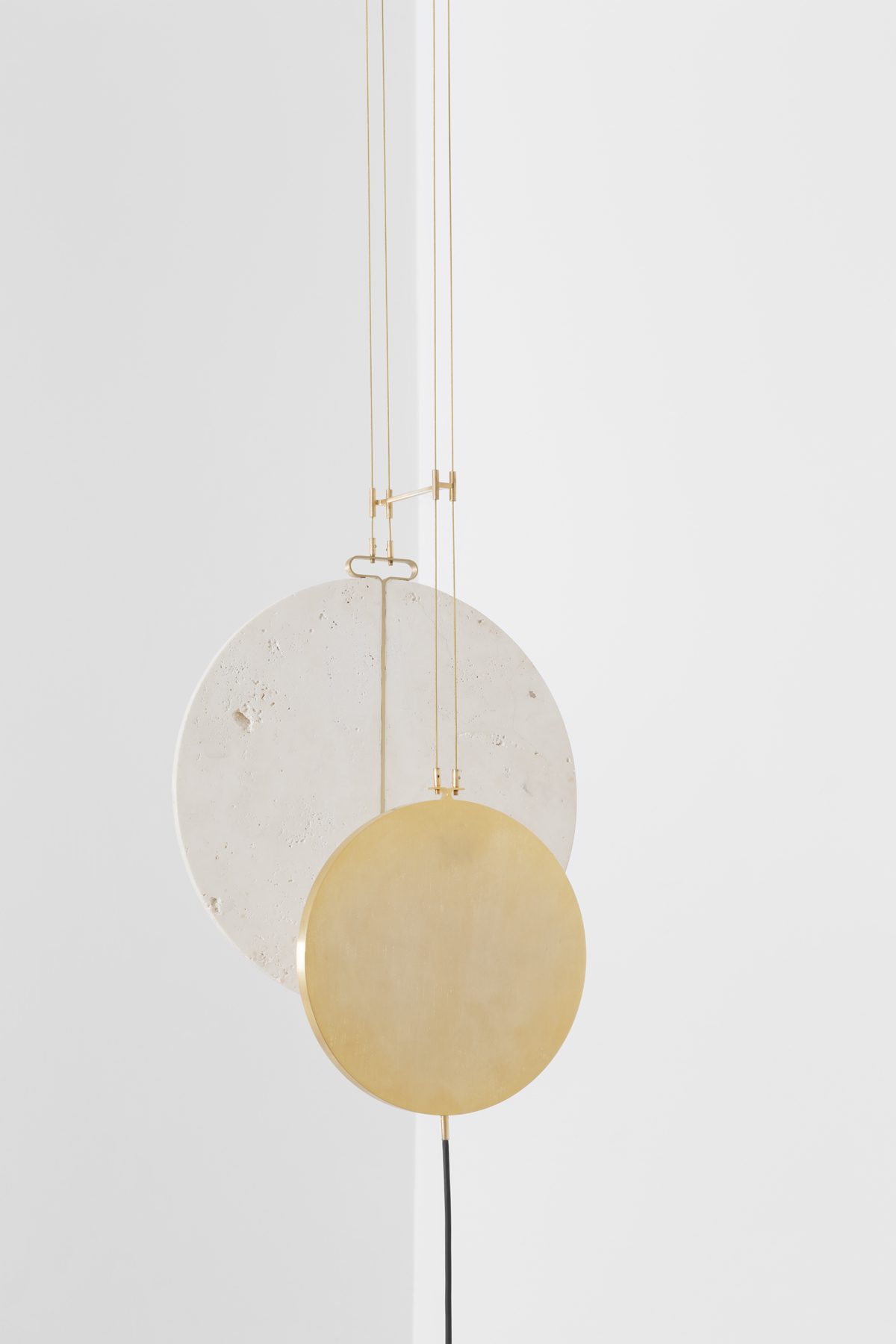 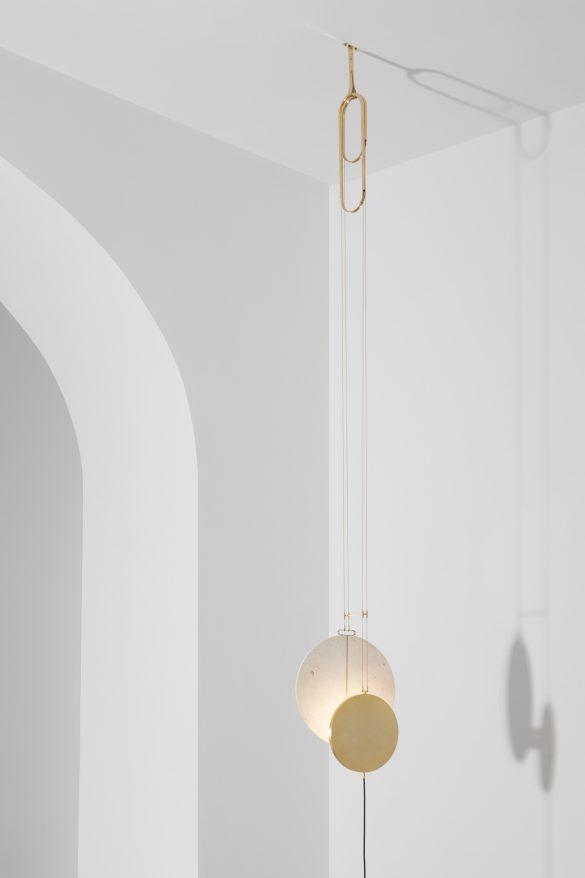 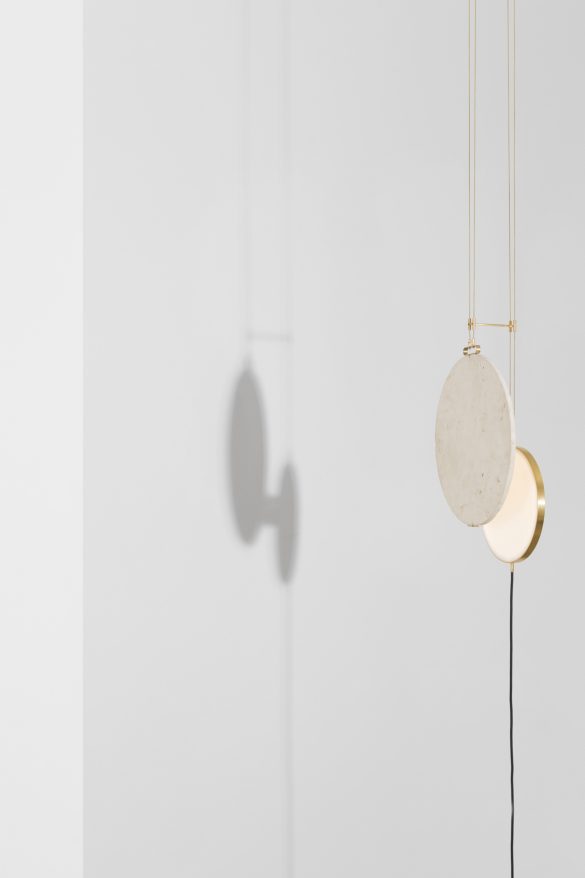 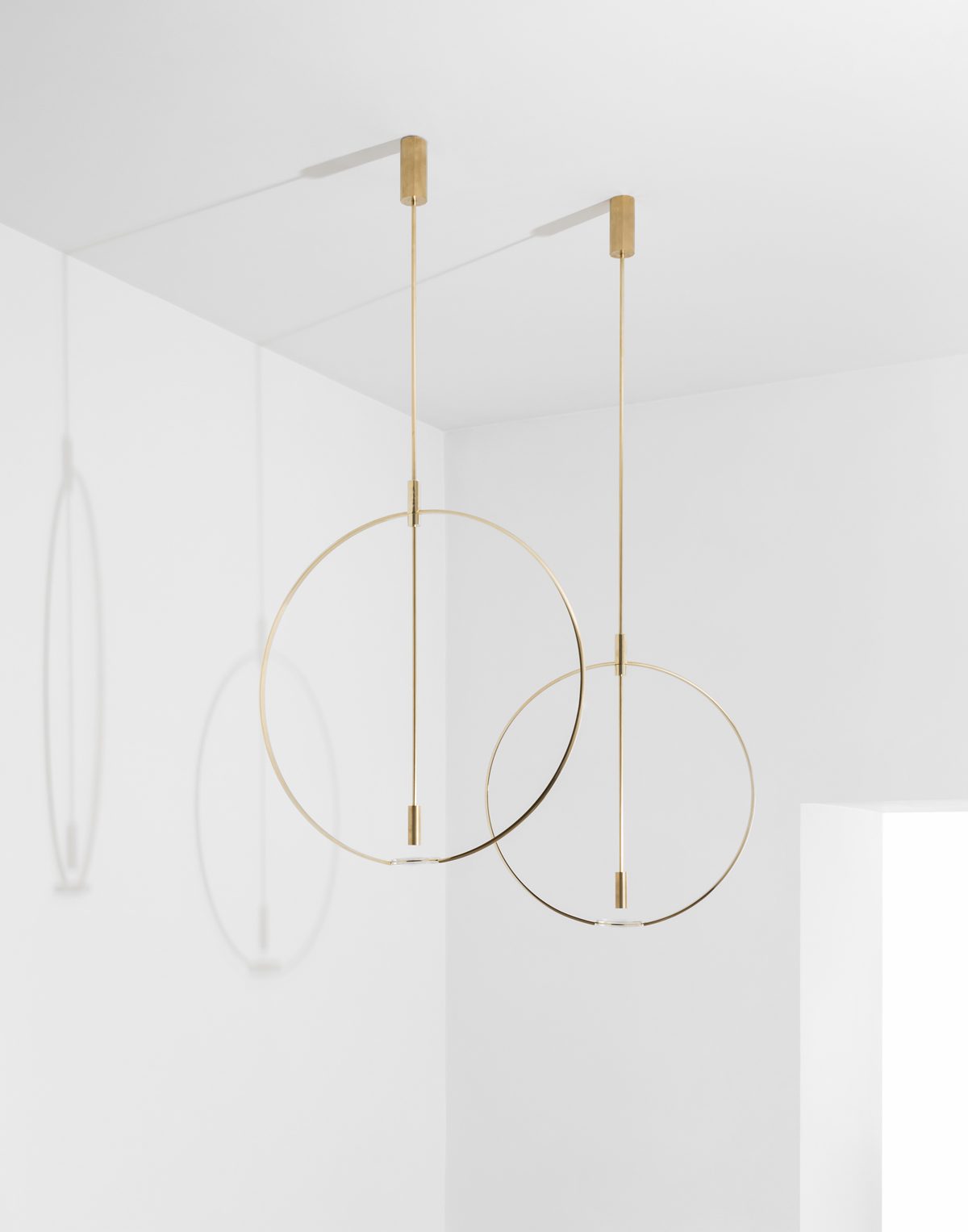 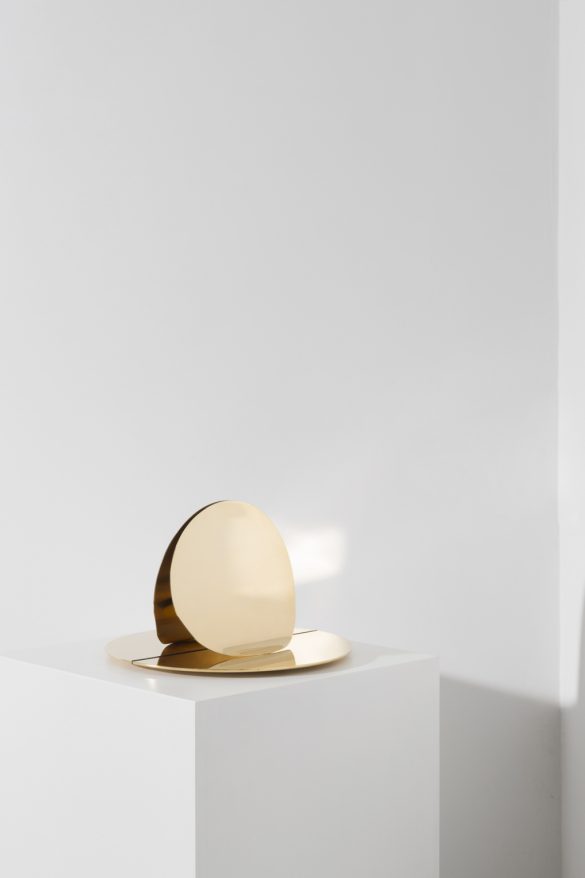 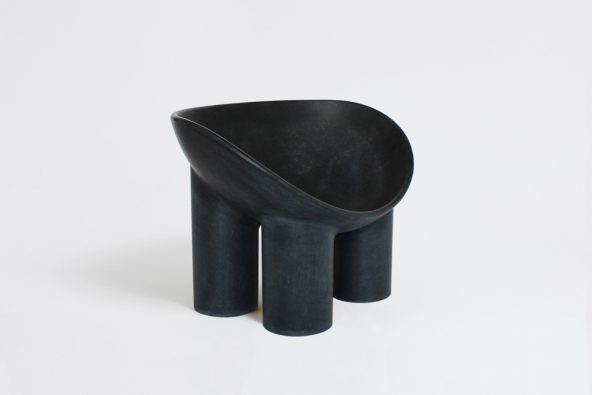