Whose life is worth mourning? Why are racist attacks in Europe discussed as individual exceptions, whereas the European view of the USA quickly and clearly identifies structural racism? 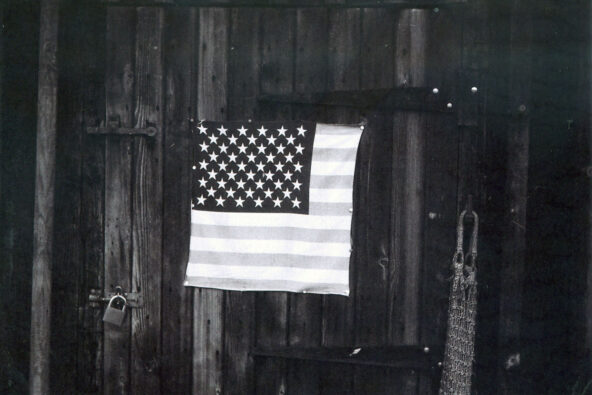 I run past the doors of a closed theater, the glass cabinet, usually equipped with advertisements for the current plays, are disguised in black and the lettering BLACK LIVES MATTER decorates every window. I have to go to the main station, to get on a crowded train, my first attempt to take a seat is answered with a reluctant „rather not here”, of course I’m looking for another place. Antifa-Boy, who reads the current “Atlas of Globalization”, allows me to take the seat across him. The train passes dry fields for hours. We arrive and I walk from the train station to my hotel. The centrally located arthouse cinema, the only one in this southern German city, announces BLACK CINEMA MATTERS on its billboards. I flinch briefly but fiercely when I see and read in front of a café, which also has its own roasting house, a high-quality sign, light wood, white letters: BLACK COFFEE MATTERS.

Alexander Kluge writes: “Of the unknown we can only imagine that we are sorry for its disappearance.” Who mourns has to bewail a loss. Mourning has always been about victims. Those who mourn, mourn for someone they loved, or at least: knew, recognized as part of their community.

Every confession is a brick that smashes the windows, every confession a depredation: sympathy only for those who with full certainty can’t be called German citizens, sympathy for the Afro-American George Floyd, who on May 25, 2020 had been choked by four white police officers, sympathy for all victims of racist violence in the United States. The grief now so clear, loud, full of meaning. It has been five months since Tobias Rathjen shot nine people in Hanau on February 19, 2020, afterwards drove to his mother to execute her and finally also hisself.

It is the German-Zimbabwean artist Heiko-Thandeka Ncube who creates clarity and takes apart the nebulization tactics that do everything to not consider cases like Hanau or the NSU within a historical and social analysis of racist violence, but rather as tragic exceptions highlighting a strategy of “distraction that works within the functionality of racism. Briefly spoken: Europe is keen to discuss racism against the backdrop of racism in the United States, as this appears to minimize racism in Europe.”

Five months, and the silence after the shots is still as present as the amazement at the incredibly important, yet fragile, architecture of sensitivity that has suddenly prevailed here since George Floyd’s murder. Everyone knows George Floyd now. As if he had been a citizen of Germany, no: of all western nations, he is —and what his death is instrumentalized for here in Germany: nebulization of apathy towards its own non-white population— paid such respect which the survivors of the victims of the NSU and Hanau did not even dare to think of in their deepest grief. It seems that there can’t be enough kneeling for citizens on the other side of the Atlantic, but how many kneeled for Mercedes K. and Ferhat U.? Who knows these names, just two of those shot in Hanau who, despite their German citizenship, have not managed to have the chancellor pay a visit to the survivors the day after the attack? A day after the attack in Hanau, employees of the German parliament celebrated a carnival party in full grief.

Mazlum Nergiz (born 1991) is an author, radio play producer and dramaturge. He studied comparative literature and media art in Berlin, Weimar and Amsterdam. In 2019 he won the ‘EDIT Essaypreis’. In August 2020 his radio play to Sivan Ben Yishai’s ‘PAPA LIEBT DICH’ (Dad Loves You) appears at the German radio station ‘Deutschlandradio Kultur’.