“We are golden on the inside. We are pedantic about material quality and revere customisation.” This is how Kylie Dorotic and Alicia McKimm describe themselves. The two founders of the Melbourne-based practice ‘Golden’ are interior designers with a devilishly good eye for detail. Two golden sirens and two penetrating projects. Part of our second issue 'Sirens'.

’THIS ORIENT:What did the origin of your practice look like?
Alicia: Our practice began with just Kylie and me and was named We Are Huntly. We didn’t start with any projects – it was just about the two of us working on the brand identity and, in the background, trying to drum up our first project. The first project was about two years ago now and that was the beginning of our career. With our practice expanding to include six people, our direction and philosophy have developed. After outgrowing our previous moniker, we’ve recently rebranded as Golden to reflect our practice’s evolution.

How do you complement each other?
Alicia: If you go back to Kylie’s university experience regarding her visual arts studies, we always said that she has a more artistic approach to design and she is very good at establishing the big picture or the big idea behind a project. I probably bring a strict sensibility to the job [laughs]. If she has the idea, I question how it could work and how much it would cost.

What is so special about the Hampton Penthouse?
Alicia: Even though we finished the project nearly two years ago, looking back over photography it still feels relevant and unique. It is such a great response to the client’s brief and this is something only we as the designers can see. Every space was specifically designed for their needs.

“The Hampton Penthouse is such a great response to the client’s brief and this is something only we as the designers can see. Every space was specifically designed for their needs.”

It is seems like you engaged much more with the substance and structure of the existing architecture. Was it an essential intervention in order to improve the quality of the rooms or was it rather in order to meet the demands of the client?

Kylie: It was definitely a balance of both the client brief and us resolving the planning layout to make sure it functioned perfectly. The request was both a family home and entertainment space. We questioned all of the spaces to make sure they offered the best possible function. It was also important to incorporate the great views.

Alicia: It is a penthouse apartment which sits on top of the development. The shell was there, but we pushed and improved some of the spaces by placing new walls and questioned the sizes of the rooms.

Do you think women have an advantage over men regarding interior design?

Kylie: No. You can be a male or female in order to make beautiful interiors.

But there must be a reason why there are more well-known female designers than male ones. Don’t you think people trust women more in this field?

Alicia: Maybe this is an old school mentality of women being responsible for a home. It’s kind of a notion that they used to style their home. I think that is the only explanation… One that I hope is changing.

Do you have any advice for young female creatives who want to start their own business?

Kylie: Work hard. Trust your instinct. Don’t focus too much on what’s going around you. Do your own thing.

Find the whole interview inside our second issue Sirens.

More about Golden after the jump. 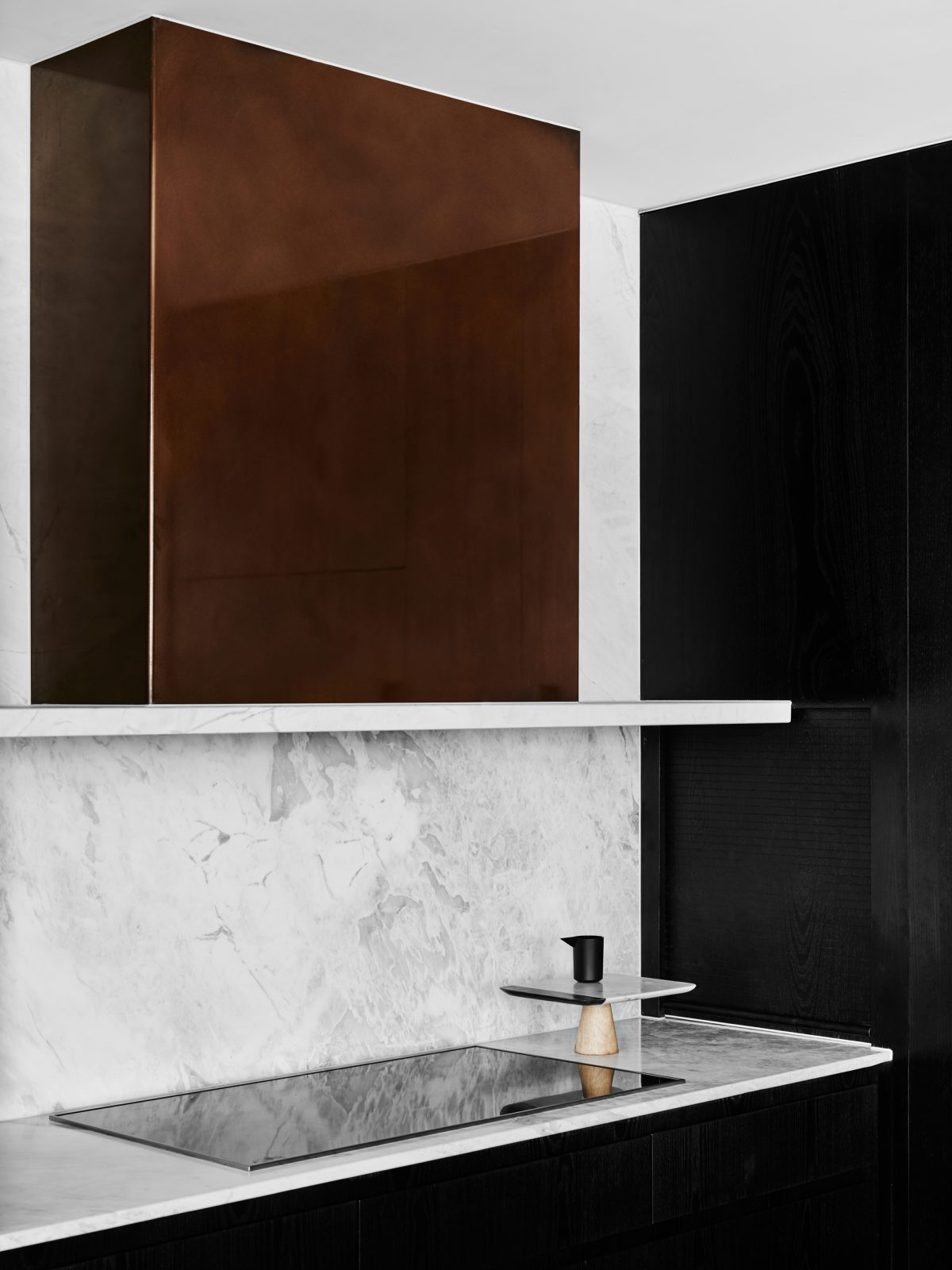 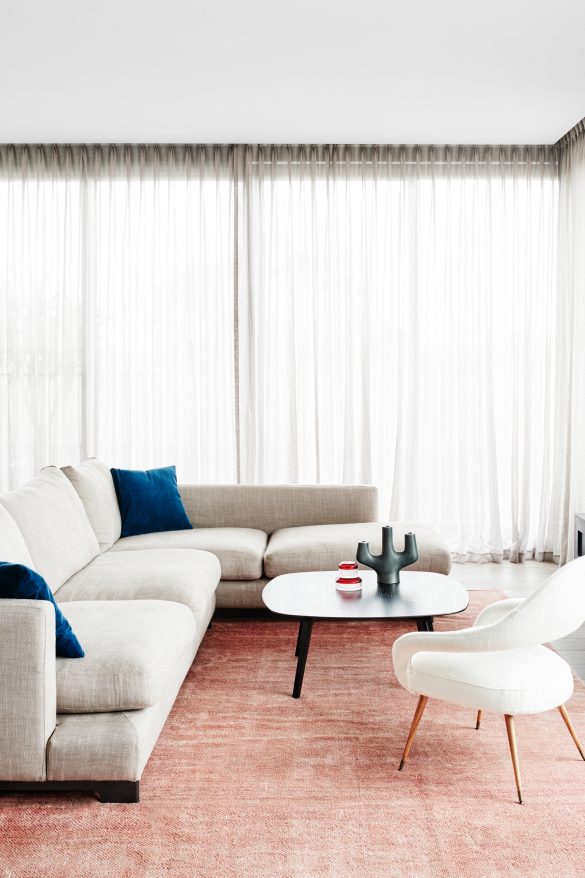 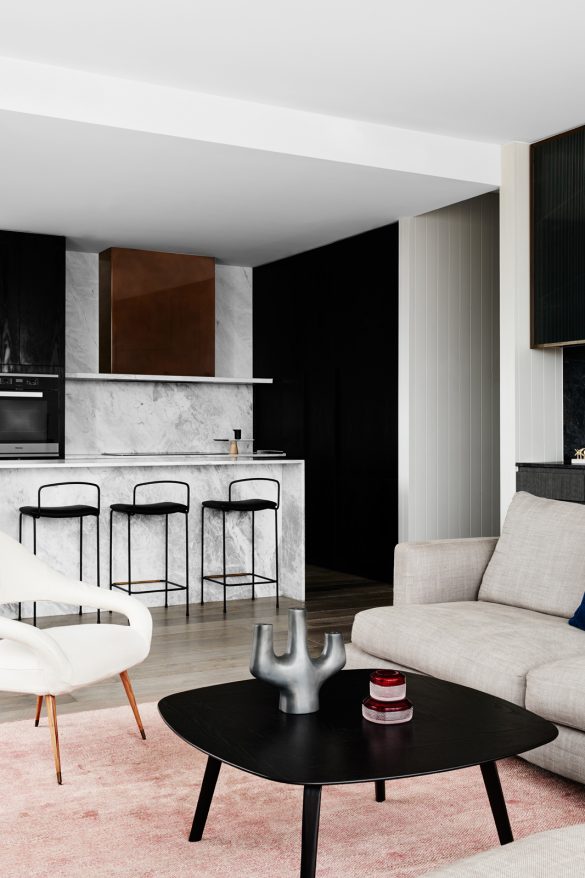 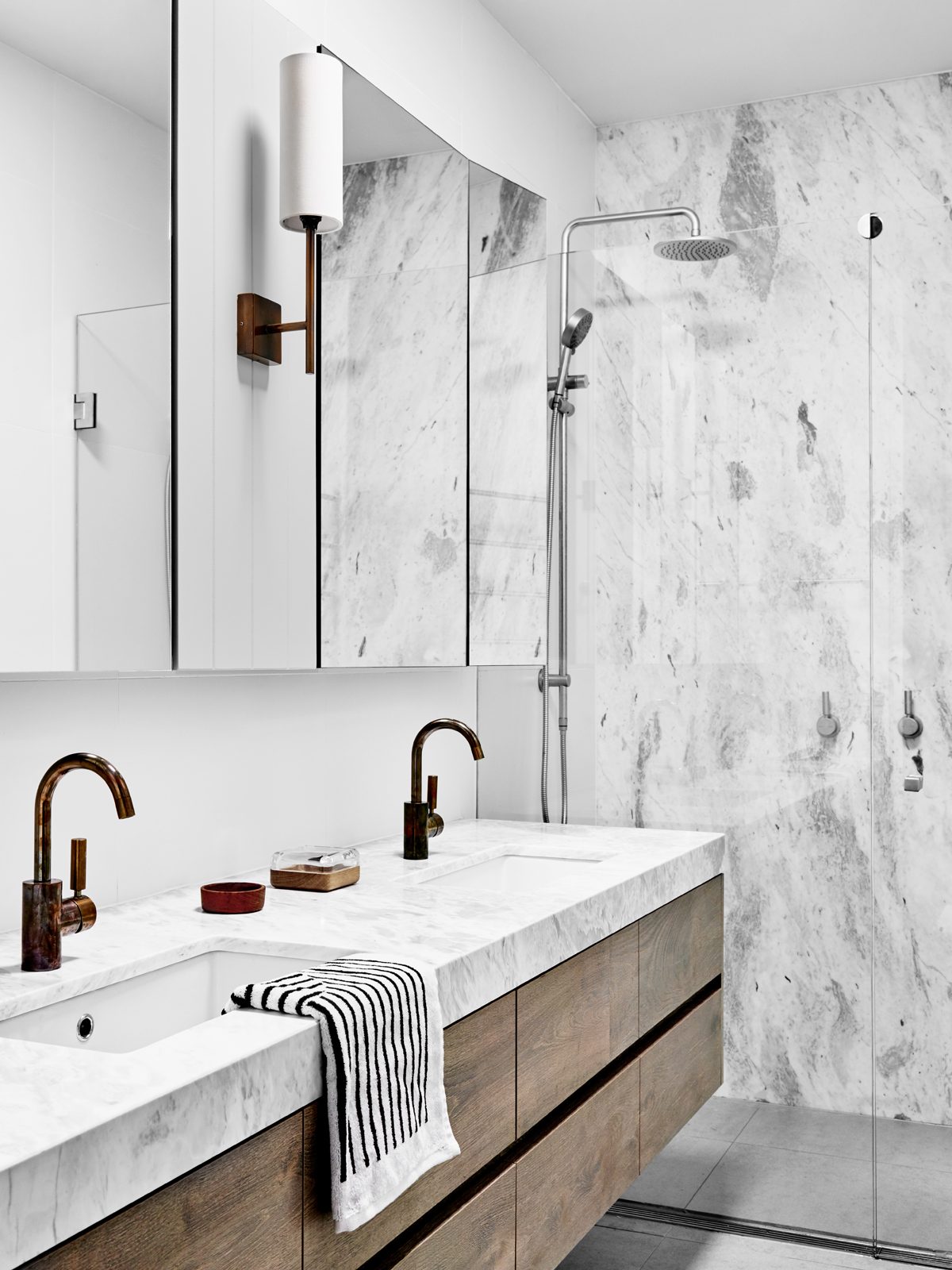 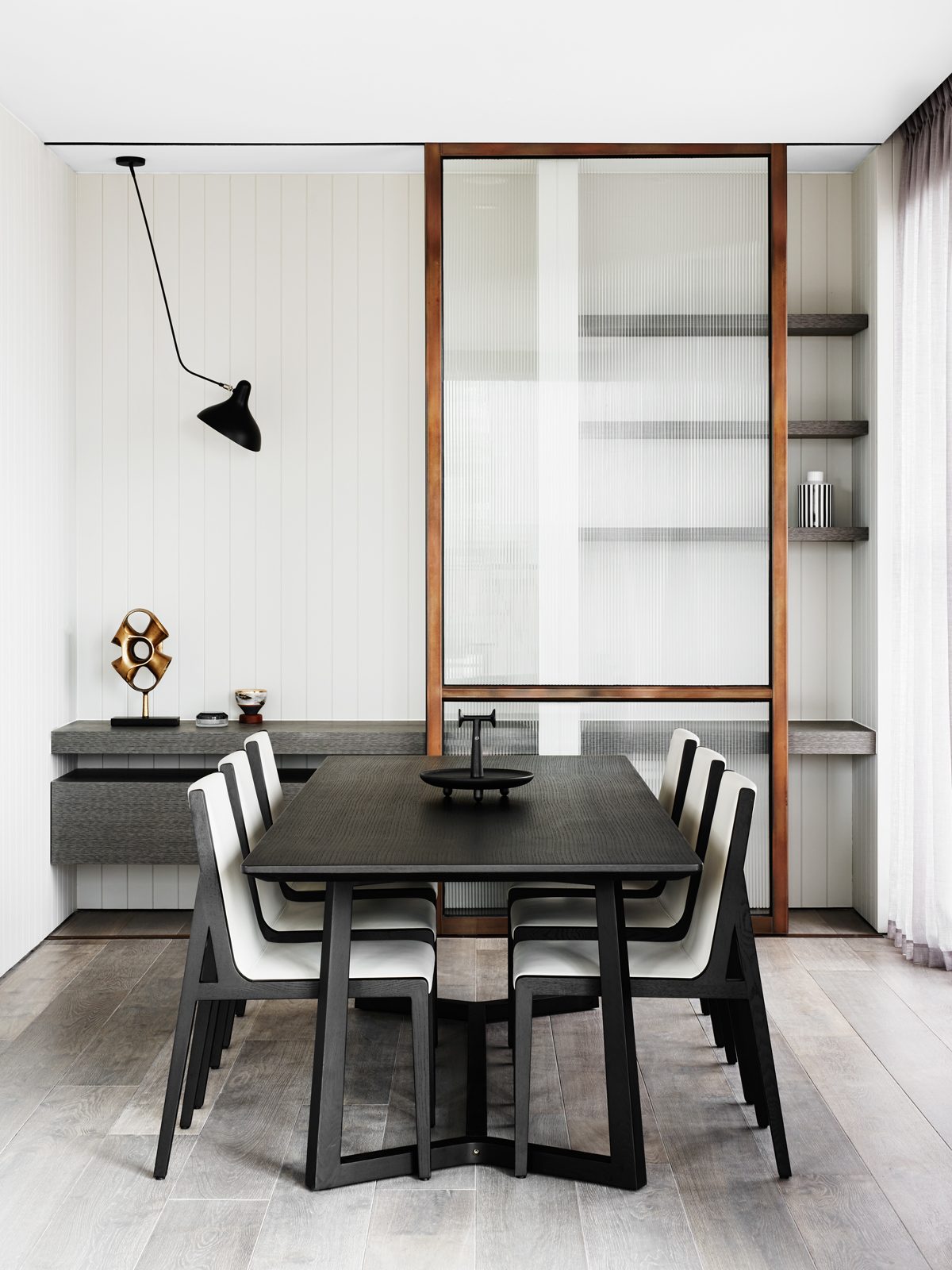 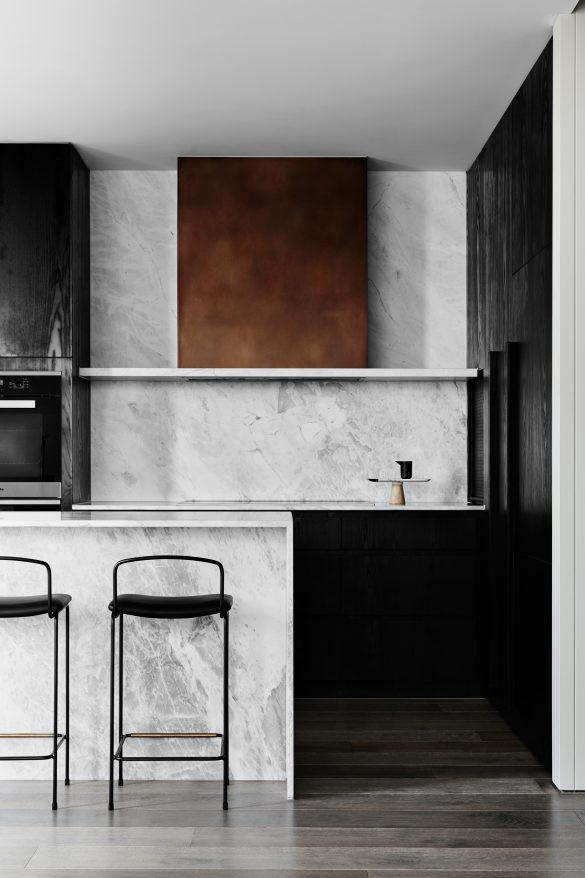 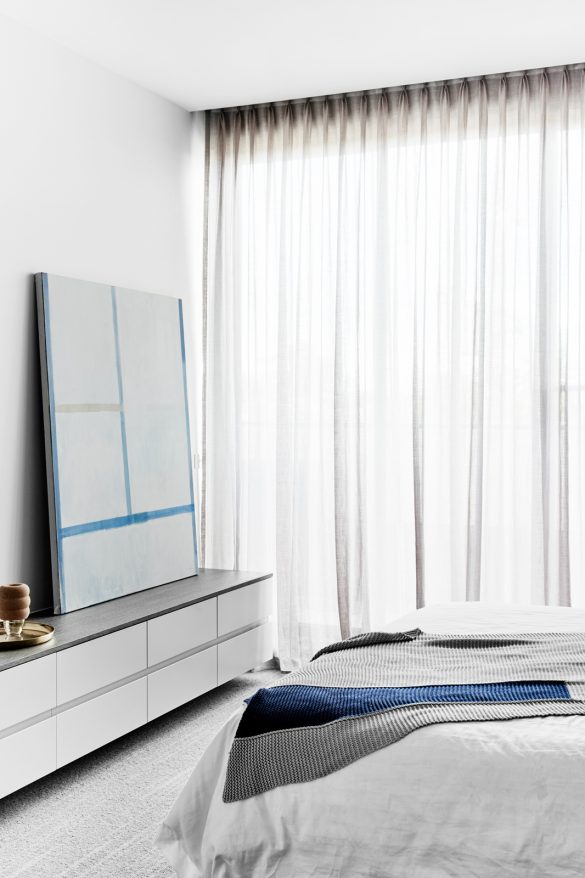 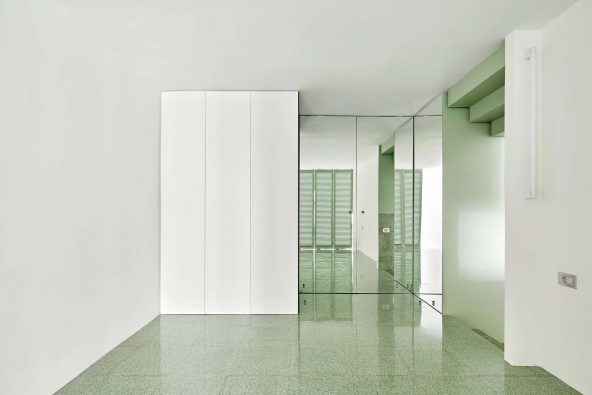